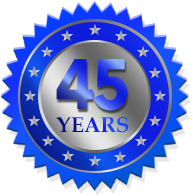 In 2008, DΞC  began assisting the City of Ruidoso Downs in developing a conceptual plan, phasing plan, and cost opinion of the Agua Fria Estates wastewater collection system to address a settlement agreement.  This settlement agreement stipulates the City adopt and implement a plan to provide sewer service to areas currently served by septic tanks within 500’ of the Rio Ruidoso, to reduce of possible sources of contamination.

To assist in addressing the order referenced above, DΞC assisted the City by pursuing and securing Capital Outlay and Colonias Infrastructure Funds for Phase I of the wastewater collection system expansion for the Agua Fria Estates Subdivision. This included assisting in securing Right of Way Easements and permits, including NMDOT and private landowners.

Subsequently, we assisted the City in securing funds for two additional phases, which were implemented, to complete installation of over 16,000 lf of sewer collection lines, manholes and a lift station to serve the entire Agua Fria Estates subdivision.

While assisting the City in addressing the Federal settlement agreement, DΞC developed a master plan for water system improvements to the Agua Fria Estates Subdivision and the adjacent service area. The result of this planning allowed the City to acquire Water Trust Board (WTB) and CDBG funding to construct over 19,000 lf of 6” and 12” water distribution lines in two phases exceeding $2-million.

In both the water and wastewater improvements, street resurfacing was included, due to the existing roads being obliterated for installation of the wastewater collection and water distribution mains and services. To meet the City’s full needs, DΞC helped design and pursue funds for road improvements in the Agua Fria Subdivision. This included securing additional Colonias and CDBG funds as well as assisting the City with applications to the NMDOT Municipal Arterial and Cooperative Program.

We collaborated with the City Public Works Department, allowing us to provide assistance with funding applications and design, while the City staff provided equipment and construction for portions of the road surfacing. Together, DΞC and the City, worked together in providing construction observation and testing services to ensure a high quality project.

The collaboration with City personnel exemplify our willingness to assist the City at multiple capacities in order to extend funding resources, totaling over $8 million, and to extend the construction dollars to the fullest extent possible.